Sunday was my first serious race in Cat B. After giving it a whirl in Astoria for the costume race I figured I’d stay there for the rest of the season. I was nervous at the start, I was up near the front of the group and was worried I would run myself into the ground early on trying to keep up.  The first lap certainly felt like that. But then suddenly on the 2nd lap I felt great I felt smooth through the corners and fast on the straights. I noticed that my bike was picking up a lot of mud, once or twice when I had the chance I’d bunny hop on the concrete to knock some of it off.  But it was still rolling just fine. Without warning at the start of my 4th lap my hanger broke! What a terrible sound that is! Luckily I wasn’t moving to fast at the time so I was able to stop before the derailleur got caught in my wheel and did too much damage. I was too far from the pit for running to make sense, and the only person on the team who also races with Crank Bros pedals is Christian and he was in my race!  Alas I was foiled by my own bike! This is the first race I didn’t finish all season and it was a big let down. I decided to take Monday off and it’s already back in business and ready for the last race of the season. 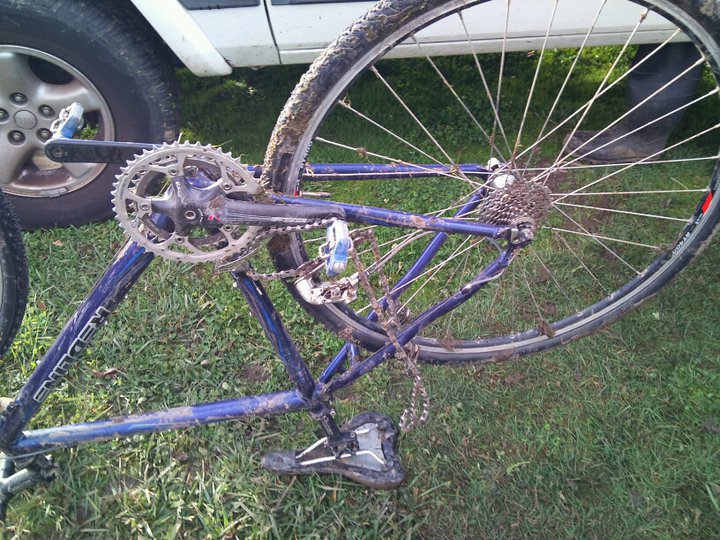